News collects all the stories you want to read

The REAL News Americans need to know about this year

As 2017 quickly approaches end of year, it has been abundantly clear that too much media attention has been focused on noise whether it was Trump, hurricanes, or protests and counterprotests. For the Americans not in the know about the stuff that really matters, the over-correction will be swift, painful, and long-lasting.

#1. Americans still don’t understand housing. No one has learned anything from 2008. People are flocking to over-priced neighborhoods with this 1950s ideal of owning rather than renting. Even though the data is abundantly clear that in most markets, owning is more costly, troublesome, and risky than renting, people are obsessed with owning for the sake of owning.

2nd generation immigrants who have great careers have been drilled by their parents to own housing as well, accelerating housing appreciation. Combine that with a continued abnormally high influx of foreign buyers of US real estate, housing prices in major metropolitan cities are at an all-time high.

#2. The US dollar is facing an actual threat of being dethroned by the Yuan and other currencies. Not only is China actually promoting Yuan as an alternative to the dollar, Venezuela has already dropped the dollar in favor of yuan for commodity pricing. This is HUGE news. Forget interest rate hikes. If countries choose to switch the dollar to another superpower, all Americans can kiss goodbye to traveling abroad with ease, purchasing power, and comfort.

America has now become one of the cheapest places to shop. Despite the dollar’s strength, buying goods in America is cheaper than in Europe and China. This explains the sustained surge of shopping tourism that has flourished in the US. This direct contradiction shows how far the dollar has actually fallen. It’s only a matter of time before the global economy recognizes that new players are in town. 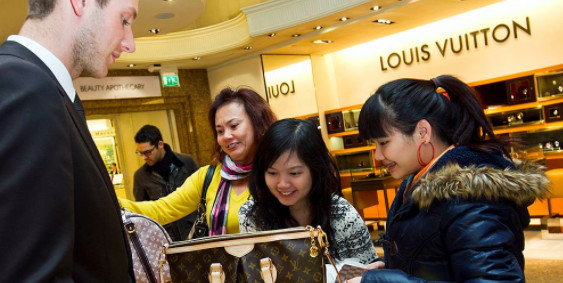 #3. What does that mean for American workers? Doesn’t matter if you’re a CEO or an analyst, you’ll all be making a lot less real money from a global perspective than before. One of the reasons why Americans were so rich in the past was because of the dollar’s strength. When you go to a different country, purely based on the origin of your birth, your money was worth more. Now that tide could very well be changing.

Americans should best be advised to start learning other languages and consider immigration as an option. The Americans who have already become expatriates in foreign lands have benefited immensely off of that strategy. The local US population needs to think global, instead of this current obsession with nationalism, inappropriate herd mentality, and misplaced loyalty.

#4. If the dollar loses value, US real estate will tumble. Foreign investors don’t actually use their US housing to live in or even vacation in. They purchase US housing as a way to shield assets from their native governments (read: corruption and hidden monies) and keep their wealth in dollars. IF THE DOLLAR ceases to be valuable, the effort to sell will outpace local Americans’ ability to purchase.

The real victims will be the upper-middle class 9-5’ers who bought at the peak.

The winners? Commercially-minded, educated, real estate value investors, American and non-American. In other words, people like me* who are already experienced in real estate investing and recognizing global trends without buying into short-term noise that is meaningless in the large scheme of things.

When that time comes, we’ll be ready.

*I am a US citizen. Although I personally root for the dollar for my personal gain, my mind is global and neutral. I hold pragmatism over nationalism. Everyone needs to face the music; your birth and nationality has nothing to do with it. I believe all humans are of the same value, no matter where you’re born, what language you speak, and what you look like. I’m here to spot trends and make sure I’m successful no matter what happens.

Connect with me here on LinkedIn to be part of my inner circle. Sign-up to Dandan Global to continue getting insights on how to achieve the life and career you envision!

As a headhunter, both as a past employee and now founder of my own search firm, I have seen now …

As a headhunter, I see that what often motivates employees to leave their jobs is not only easy to understand, …

The Trifecta to Retiring Young

As a junior headhunter/recruiter, how do you judge which company to work for?

How to Get an Internship

What is a headhunter?